What is artificial intelligence?

the theory and development of computer systems able to perform tasks that normally require human intelligence, such as visual perception, speech recognition, decision-making, and translation between languages.

Artificial Intelligence is not a new phenomenon

If we traced the history of AI through movies we’d find it in movies like 1999’s The Matrix or maybe even further back with 1984’s Terminator or we can go back even further to 1968’s 2001: A Space Odyssey.

AI touches us in our everyday lives

Artificial Intelligence is so prevalent in our business world today that I had to sit down and actually make a list of things that I use on a regular basis that works on the premise of artificial intelligence.

The list includes Siri on my iPhone, Cortana on my PC, when I had my buffer account I use their content curation feature to curate posts for me. I use an AI-based transcription service to transcribe all of my videos.  Most of us who are on Facebook have been inundated with messenger Bots, and as I write this blog I’m using the AI technology of voice to text in Google Docs.

So why not create videos using AI. Makes sense right?

For the past month or so, I’ve had the pleasure of playing around with one called Wibbitz and I have to say I’m hooked.

If you haven’t already heard about Wibbitz, here’s a brief summary of who they are taken from their website.

Wibbitz is an automated video creation platform that empowers professional storytellers to tell great stories. The platform leverages patented AI technology to simplify the experience of video storytelling, helping content creators quickly produce beautiful video for every platform and channel. Wibbitz supports video creation for over 400 publishers and brands, including Bloomberg, A&E, Reuters, CBSi, Forbes, and The Weather Channel television network. Wibbitz was founded in 2011 and has offices in NYC, Tel Aviv, and Paris.

Although they’ve been around since 2011, I’m embarrassed to say I’d never heard of them until this past May.  I thought I had done my due diligence as a purveyor of all things video creation and knew about or had tested most if not all platforms that were on the market.  But somehow this one slipped past me.

The coolest discovery about Wibbitz is its ability to create videos using artificial intelligence technology to curate your video using an existing online article or blog.  Wibbitz accomplishes this by first analyzing the text, summarizing it and creating a video storyboard using relevant footage and images and then generating a completed video with graphics and transitions to boot.

This feature is technically in beta but once it’s ready, this will be a game changer for online entrepreneurs who have little time to create videos for themselves.

Now let’s be crystal clear about something, I love creating videos for myself and for my clients. I have no qualms about using Adobe Premiere or Camtasia to knock out videos on the regular.  I find it calming and it’s the only way I know to be creative. But this platform is a bit addicting. It truly makes creating videos a breeze. Even if you have no experience whatsoever, you’ll be able to become a professional storyteller as Wibbitz states on its website.

In the video below, I’ll share my thoughts and a behind the scenes look as I create a video on Wibbitz to show you how friggin easy it is to create videos for yourself using this platform.

Behind the scenes as I create a video using Wibbitz

If you use it, I would love to hear your thoughts, answer any questions you may have as well as see what you’ve done.  Feel free to join my Facebook Group to share your videos and comments.

Disclaimer: I was provided with free access to this platform in exchange for an unbiased review of this service.  The thoughts and opinions expressed here are mine and were in no way influenced by the company or its representatives or affiliates. 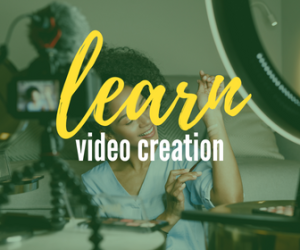 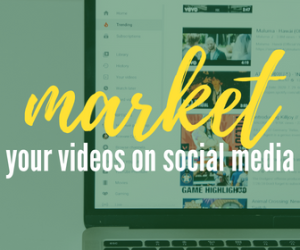